WHAT A DEAL: We've made our Org Chart plugin free for all organizations, forever!
Learn More

I Binge-Watched Succession and Learned Five Things About Leadership

If you are into corporate dramas and dark comedies, there isn’t a better show out there than Succession. Going on its third series, the popular HBO series is focused on the Roy family as they fight for control over the Waystar Royco conglomerate.

The show is highly celebrated for its story, writing, and acting. It has already won a Golden Globe for Best Television Series and Primetime Emmy for Outstanding Drama Series. But beyond these accolades, Succession offers some outstanding lessons about leadership. In this post, we want to discuss some of the most prominent leadership lessons that we can take from the show to this point.

Lesson One: Play to Your Strengths

Succession, at its core, is about power. Logan Roy, the founder of Waystar Royco, and his children Kendall, Roman, Siobhan, and Connor each bring different strengths and weaknesses to the table. While Connor is on the sidelines, the remaining four are constantly leveraging their strengths to become the CEO. For Kendall, it is his reputation as the “CEO in waiting.” For Siobhan, it is her intelligence and persuasion.

While we may not be as cutthroat as the Roys, evaluating and leveraging our strengths is a powerful leadership strategy. Whether you are trying to persuade someone to work for our organization or are motivating an employee after a failed pitch, recognize the strengths you bring to the table. Constantly rely on them when you are leading your team.

As the members of the Roy family jockey for power, the audience sees that they cannot do it alone. This is especially true for Kendall Roy when he attempts to launch a hostile takeover of Waystar Royco. Yet even Roman understood that he needed Gerri (the company’s general counsel) to mount a serious challenge for the CEO position.

Leaders don’t work alone. To be the best possible leader, you need to invest in strong relationships. While it takes work, these relationships will propel you and your organization to new heights. Make sure to nurture and care for them.

The characters in Succession go through a roller coaster’s worth of emotions. Most of them are negative emotions. From disdain about a failed power play to fear over a potential scandal being revealed, all of the characters are under immense pressure. All too often, those emotions overtake their rational brains, causing them to make poor decisions.

All of us feel emotion. We aren’t robots. Yet we can’t let our emotions get the best of us when we’re under stress. Especially in leadership roles, emotional-based decision-making can lead us down dangerous paths. Work hard to make rational decisions.

Leaders are always working in a world of uncertainty and change. This especially true in Succession. From the very first episode, the Roy family is constantly needing to adjust to unforeseen events. Sometimes their adjustments work. Other times, they cause even more uncertainty and stress.

As a leader, you must be able to think quickly and iterate amidst changing facts. The world isn’t static. Facts are always changing—even if you don’t want them to change. Because of this, try to be as agile as possible in your leadership role. By doing so, you can leverage new opportunities that rapidly arise.

Lesson Five: Know When It’s Time to Walk Away

Most often, people think of leadership as an individual propelling a team toward some goal. However, good leadership can also mean an individual who withdraws or retreats. Throughout the series, there are strong arguments that Logan should have walked away from the CEO position. Yet his ego and feeling of importance convinced him to stay.

While we may not be retiring or leaving our companies entirely, there are situations where great leadership comes by taking a back seat. In other words, you are prioritizing the value of the whole over your internal feelings. In the end, don’t let your ego get in the way of taking this bold step.

Succession isn’t only an entertaining corporate drama. It is an excellent primer on what leaders should (and shouldn’t) do to lead their teams. Whether you are a fan of Logan, Kendall, Siobhan, or someone else, you can take significant leadership lessons from the show and apply them to your own life. 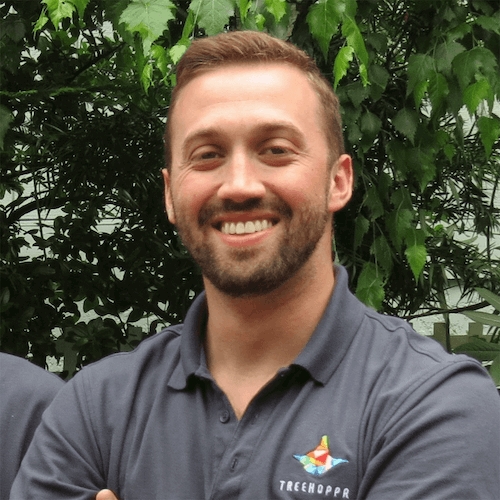 8 Employee Handbook Examples You Should Steal From

Automation is the Key to Creating Efficiencies in HR / People Ops

Here's How to Manage a Hybrid Team

Why You Shouldn’t Return To Work: The Case For A Remote-First Workplace

20 Great Questions to Ask During Your 1-on-1s

Measuring the Impact of COVID-19 on Employee Paid Time Off

Thank you! Your submission has been received!
Oops! Something went wrong while submitting the form.

Get New Posts to Your Inbox

Like the article you just read? Subscribe to our blog for more relevant articles and insights and to stay up-to-date on new and innovative HR trends.

Thank you! Your submission has been received!
Oops! Something went wrong while submitting the form.

Top Tips for a Drafting a Hybrid Work Policy That Works

What is PTO, and How Does it Work?

The Geography of The Great Resignation: The World of Work Might be Changing for the Better